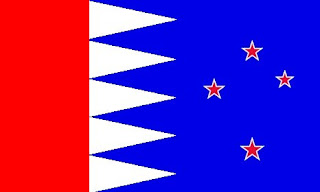 These group of islands in the South Pacific are administered by New Zealand. They are named after Captain Jean Michael Houn Kermadec who visited the area at the end of the 18th century. This flag is thus a merge of designs of the French and New Zealand Flags - current and future. Future because whenever New Zealand chooses a new national flag the southern cross will be used and the star design will be red outlined with white. 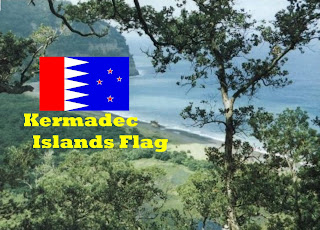 The saw tooth design shows that this part of New Zealand lies along one of the most active boundaries of the Pacific Rim and is witness to many earthquakes every year.