2011 was relatively action packed year of changes. There were two official major vexillological shifts. A national flag change occurred in Africa, as well as the recognition of new nation with new colours. Also one state in the USA under went a way cool retro-maker over. 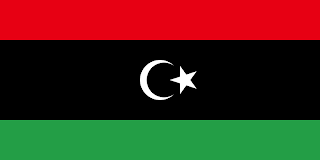 Due to the 'Arab Spring' Libya's dramatic change in political leadership saw the ouster of Gadaffi's Green flag and a reversion to old flag of Libya. This subsequently aligned the with the new flag of Malawi. 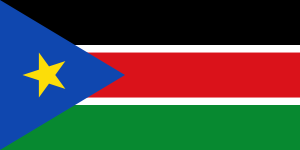 A new nation was welcomed to the global community - South Sudan. It is likely in the future that this nation will change names as it matures.

I gotta' feeling that parts of Nigeria may follow in South Sudan's footsteps within three years. If ya' didn't know, Nigeria has race-tribal and religious-Islamic vs Christian issues and a whole lot of oil.

Reversion to the original design 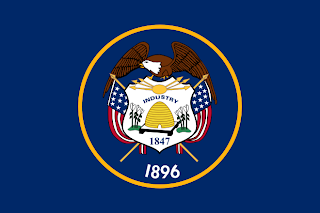 On March 9, 2011 the flag of Utah was reverted to the original more harmonious design that had a proper placement of dates. The shield was coloured white, the bee hive was reshaped, and the flowers were cut differently.

Aside from that there were no flag controversies in the USA and only a minor outburst of Confederate Flag issues. Although the Civil War was celebrating its 150th - nothing stinky could hit the fan.

It must be the hard economic times. When the economy gets back on its feet, people will have the luxury to enjoy a hearty non economic emotional controversy about flag issues.
Posted by Maddish at 1:23 PM