Flag of Macedonia
There matching colours a 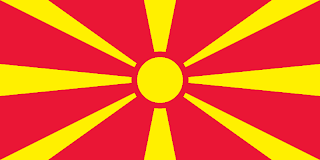 re red and yellow, and both of their central icons are suns with rays. Macedonia has sun rays extending to the outer edges while Kyrgyzstan's sun rays are short. Although short it has the most sun rays out of any national flag charged with a sun. 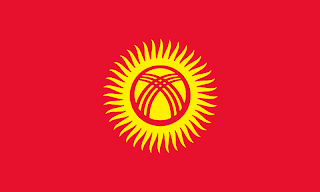 Since the shedding of their Communist yoke from Russia and Serbia ethnic turmoil has reared its ugly head in these nations.
Posted by Maddish at 7:25 AM No comments:

Digital Short: Flags of the World

Look in the my blog files of March 2010 to see the amazing analysis that the flags of this Digital Short on SNL were created in pairs!!! All by accident? Take a look, think, and comment!

Video Recaps | Full Episodes | Webisodes
Posted by Maddish at 7:59 AM No comments:

A woman holding
the Mazda flag 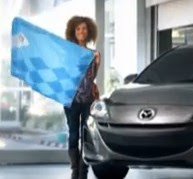 Mazda recently ran a campaign with flags! Dubbed the 'plant your flag' motto, they made artistic and elegant use of their corporate flag. 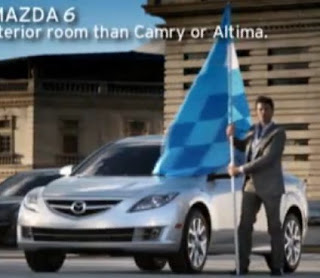 Mazda's name is based on the founder Mr. Matsuda, which literally translates as Mr. Pinefield. Mr. Pinefield was born in Hiroshima and founded the motorcar company in Hiroshima, so when you purchase a Mazda your cash is flowing to one of the most anti-nuclear weapons communities of the world.


This was my favorite flag, the 'sky-dive' flag. Someday the military or an olympic opening ceremony will have sky divers fly down in pairs illustrating my FLAG SYMMETRY phenomena. Which will is be, a masculine military might display or a feminine we are the world moment? 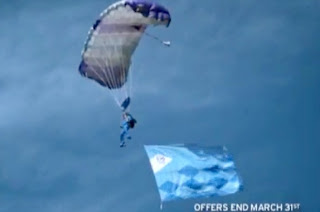 I think the Mazda (Hiroshima) people would prefer the feminine we are the world display!

It's very likely that the Mazda flag will change as the logo has changed over the years.
Posted by Maddish at 7:07 AM No comments:

Hoegaarden the Beer of the Vexillology 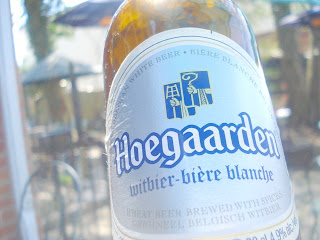 Vexillology takes its name from the earliest type of structure that is essentially a stick with some kind of emblem on it, be it a feather, rod of power or shepherd's staff. From these poles of significance came with it a power over others. It evolved into political power. And eventually these decorated poles of enchantment became flags. They have come to represent political groups and factions of our modern society.


As for the taste of Hoegaarden, it is a flavorful rich beer but unlike a dark bitter lager. It has a white foamy look. It is not so complex to dominate the pallet, but it definitely has a unique signature. It would work well with beer battered onion rings, oven cooked pizza, or any kind of cooked sandwich, say hot corned beef on rye.

The preferred beer of 9 in 10 Vexillologists 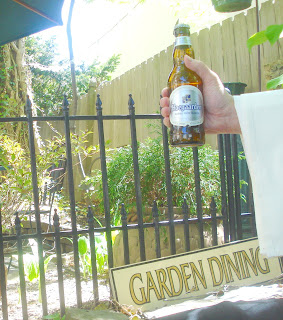 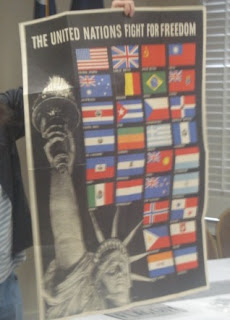 At the NAVA 43 (North American Vexillological Association) at Charleston, South Carolina there was an interesting item for auction: a poster made by the US government during World War II. In the background is the Statue of Liberty and on the foreground are flags of various nations allied against Nazi Germany.

I was fascinated to see Lady Liberty standing side by side with the flag of the Soviet Union (top row third from the left) and also the flag of South Africa (bottom left). 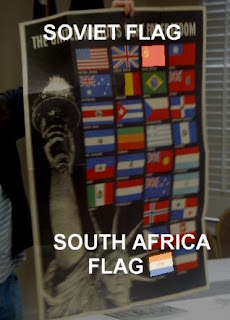 When the poster was made the United Nations in the form of the UN did not exist yet!
Posted by Maddish at 8:27 AM No comments:

Vexillology is a word!


Here is a photo of the Google spell checker
that lists Vexillologyas a non word!
Too many time 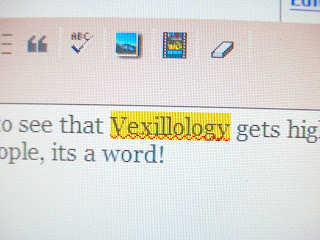 s I have written on my computer on to see that Vexillology gets highlighted with red underscore. This needs to change. Hey dictionary people, it is a word!

Vexillology is not a word
according to Yahoo 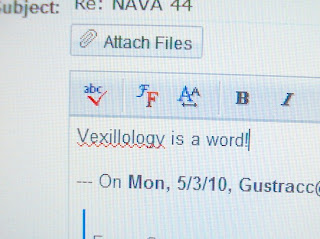 It is the year 2010 and neither does Yahoo recognize Vexillology as a word yet. Vexillology was coined back in 1958!
Posted by Maddish at 7:14 AM No comments:

long to a special group of flags that do not represent a nation, corporation, or political agency. Rather they are spiritual-communicative signal flags, kinda' like the naval letter flags. But instead of representing letters they represent the spirit.

Just as people fly flags of their ethnic heritage. These spirit holiday flags represent the spiritual identity of the persons flying it.

These flags are flown on holidays, and mostly by women, to let others know that this household is celebrating a particular holiday. Other common holiday-spirit flags are flags for Halloween and St. Patrick's Day. But I have yet to see a Passover Flag or Ramadan Flag. But soon enough there time will come.

Below is an Easter Flag, and to the right is a Passover flag made with photo shop. 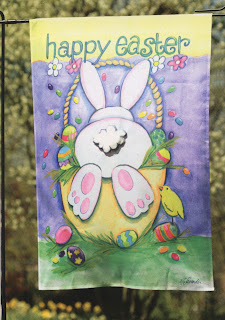 Passover Flag made in USA
note the delicious deviled eggs! 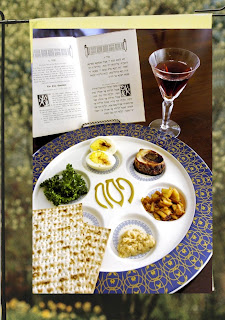 Posted by Maddish at 6:51 AM No comments: