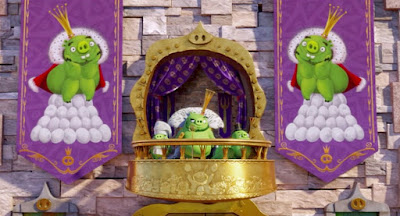 The Piggies in Angry Birds 2016 use the livery of purple and green.  The charged icons are a fork and knife. Angry Birds 2016 is one of the few successful video-game movies ever made.  Nintendo, Konami, and Electronic Arts are sitting on several touchstone cultural gold mines, yet they let these fertile fields of joy and abundance go wasted.  This is partly due to the rift between the fan-base and cultural non-gamer business-class board of directors.  Finally, a Video Game movie done right. 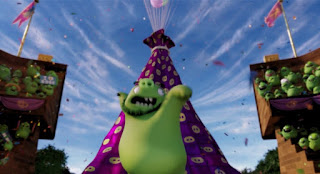 Piggies at the stadiu, notice flags.  In the grand Piggy stadium flags are along the tops. 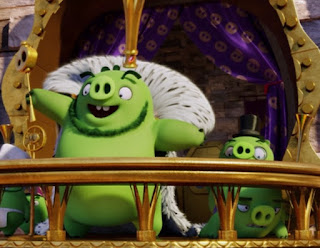 The staff of power, King Piggy, with crown.  The staff is in his right hand.  The finial has the lopsided piggy nose snort. 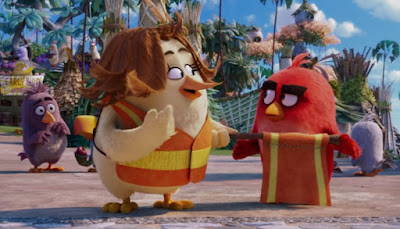 Angry Birds 2016 is perhaps the first authentically well adapted movie video-game to movie in the history of cinema.  Usually video-game movies are horrid and the executives involved have no bearing to the game play, an follow it in name only, marketed to general audiences.  As has been the case with Super Mario Brothers; perhaps in 20 years in the year 2036 we will get a good Attack of the Snapple Snapchat 2036? 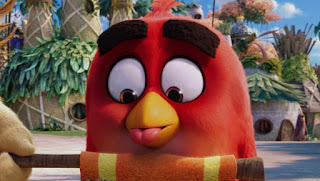 Of vexillological consequence is the crosswalk flag.  It has an orange field with two horizontal yellow stripes.  It was obviously hand stitched as you can see when our hero sticks his tongue out at a passerby. 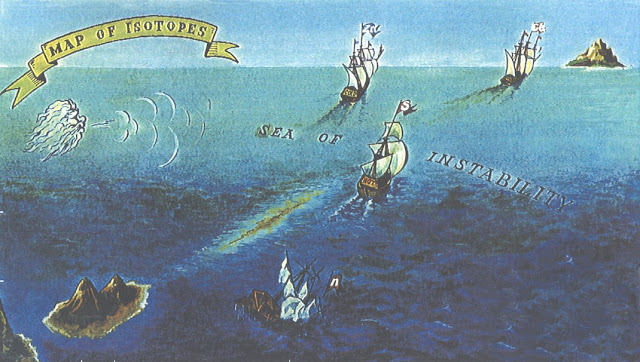 The island of stability was made popular by one of America's finest scientists, Glenn Seaborg, who got an element named after himself: Seaborgium, element 106. Glenn was also a crew member on the USS Scientific D. Rsc. team that discovered 10 new atoms on the periodic table.

The cartoon above that shows the Ion Ships attempting to land on the "Island of Stability" are shown.  The mast flags give away the elements that are shown.  A Calcium-Ca Ion ship is closest to reaching the predicted island, likewise a Zinc-Zn ship is in second place. 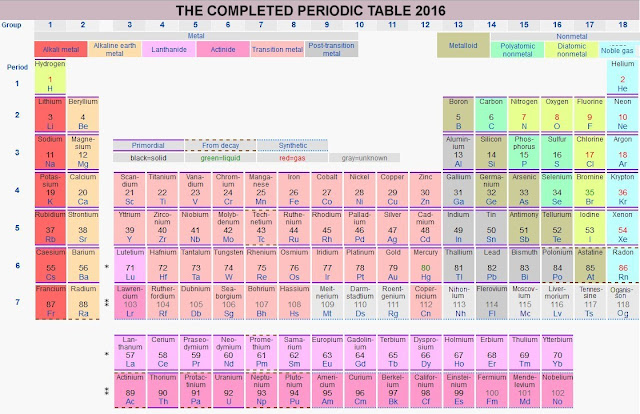 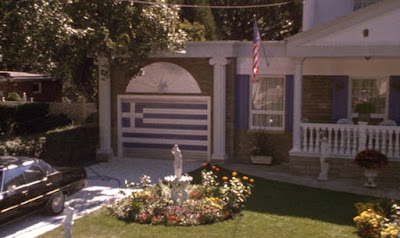 In 2002 My Big Fat Greek Wedding made a comforting splash in America.  As with any ethnic group in the USA, many Greeks love to display their flag.  The design is fatefully similar to the US flag, having a canton on a field of stripes.  But the field of stripes are blue and white.  In the canton is a white cross. You can also see the US flag hanging properly near the front porch. 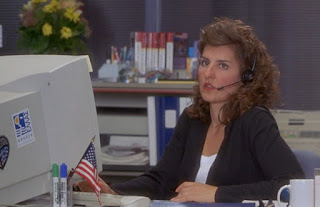 The heroine, Nia Vardalos, of the movie comes out of her shell and exposes some of the insecurities of growing up Greek in America.  America has base root love affair with Greece via the study of classics and college social societies.  And every classroom in America dedicates it's classroom time to the Ancient Greeks. The Ancient Irish, English, Scottish, Germans, French, Sub-Sahran Africans, and Native American civilizations hardly get a fraction of classroom time as compared to the Greeks.  Nonetheless Greek civilization is way cool, and remember to eat more Gyros.

Note Gyros are properly pronounced with a hard G as in Greek!  "Ghee-Row"  not "Jai-Row!"  Although "Jai-Row" rolls off the tongue easier.  Most Greeks don't seem to care, it's the non-Greek armchair experts who make an issue of Gyros, who probably don't even know the Greek, or Jreek, Alphabet.

Greece is at the cultural nexus of the Old Word mixed up with elements of Asian, African, and European culture.  Interestingly Greece has a small part of her national territory East of Asia and South of Africa.  Thus Greece is only European Nation that can see all sides of the Old World Rubric.  Greece can look Westward at the East, Eastward to Europe, South at Africa, and North to Africa.

Like many Asian nations, the Greeks have their own private alphabet.  For example the hallmark of an Asian family group is to maintain a unique alphabet: Japanese, Korean, Chinese, Thai, Khmer, Sanskrit, Bengali, Nepalese, Mongolian, Arabic, Armenian, Georgian, Burmese, and Hebrew.  European nations have borrowed the Latin Alphabet or Cyrillic Alphabet.  There is no original English, German, Spanish, French, Romanian, or Scottish alphabet.  Imagine going to colleges in America and finding fraterneties and sororities with three letter Hangul, Katakana, Arabic, Hebrew, or Sanskrit letters? 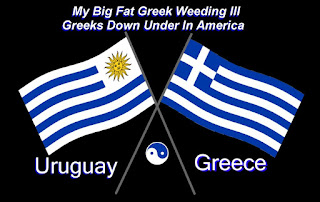 In any case My Big Fat Greek-Uruguay Wedding 3- Greeks Down Under in America would be a classic culture clash fun filled original movie. Since Uriguay's flag is the Fraternal Twin of Greece: both flags have 9 horizontal stripes of counter point colours of blue and white; and cross points in the canton.